Powerway Renewable Energy has launched brand new solutions in the tracker field through constant innovation, research and development. They adopt the state-of-the-art double-sided PERC solar module and the independent single-axis & dual-portrait-row tracking system. The perfect integration of each innovative module system greatly increases the photovoltaic efficiency and increases the electricity yield by 20%-43% as compared to an ordinary fixed rack power generation system with common crystalline silicon modules. It is believed to be a new generation leader of high ROI solar power station system. 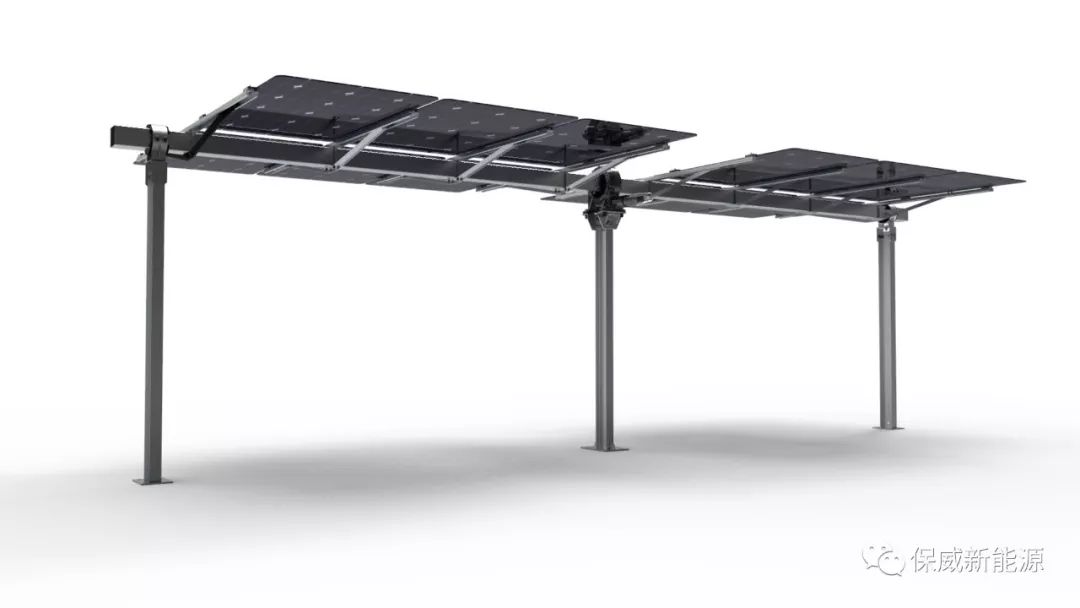 The single-axis tracking system has a north-south layout and an east-west tracking rack. The motor drives the rack based on the astronomical algorithm, allowing the module to track the azimuth angle of the sun, to improve the irradiating area of the sun on the surface of the photovoltaic module as much as possible and to enhance the yield of electricity. 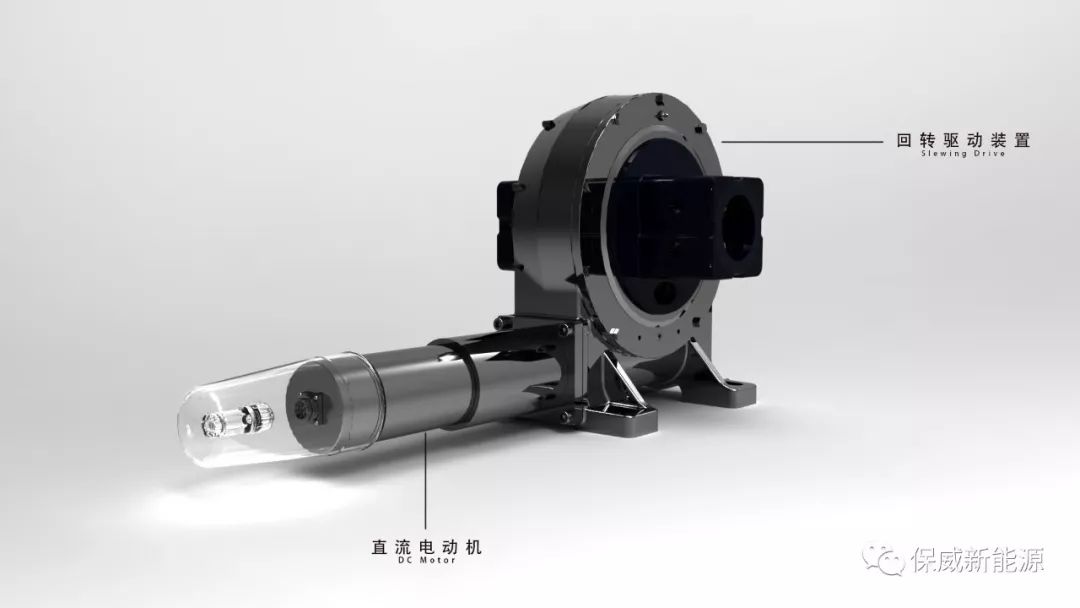 Powerway has added a series of innovations on the unit control system structure of the tracker:

The GPS positioning system is used and the astronomical algorithm is integrated to calculate the optimal solar altitude reasonably. The system can realize automatic tracking adjustment through intelligent program settings. Assisted by state-of-the-art control signal detection equipment, the system is adjusted to wind mode/rain and snow modes manually or automatically.

An inverse tracking mode is added into the system via software algorithm to ensure each row of modules can track a reasonable solar altitude and to realize the avoidance of shadow. This setting can reasonably add another 2% of daily electricity yield. An angle error ±2°within the right angle of solar rays is ensured based on the astronomical algorithm. 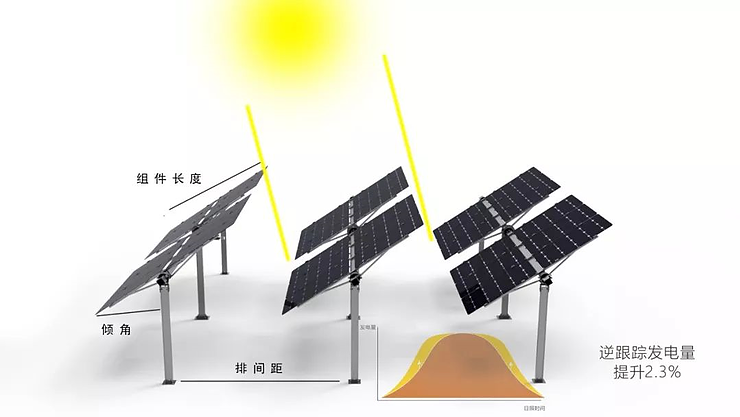 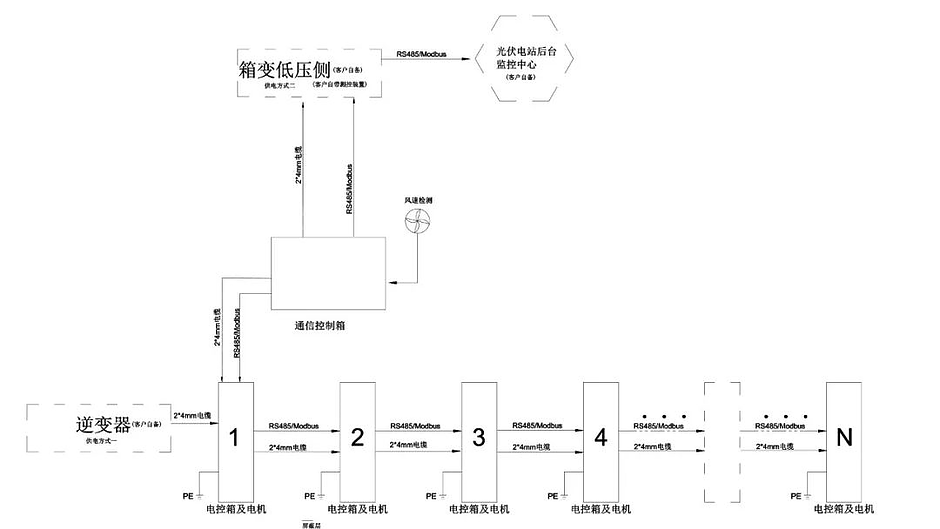 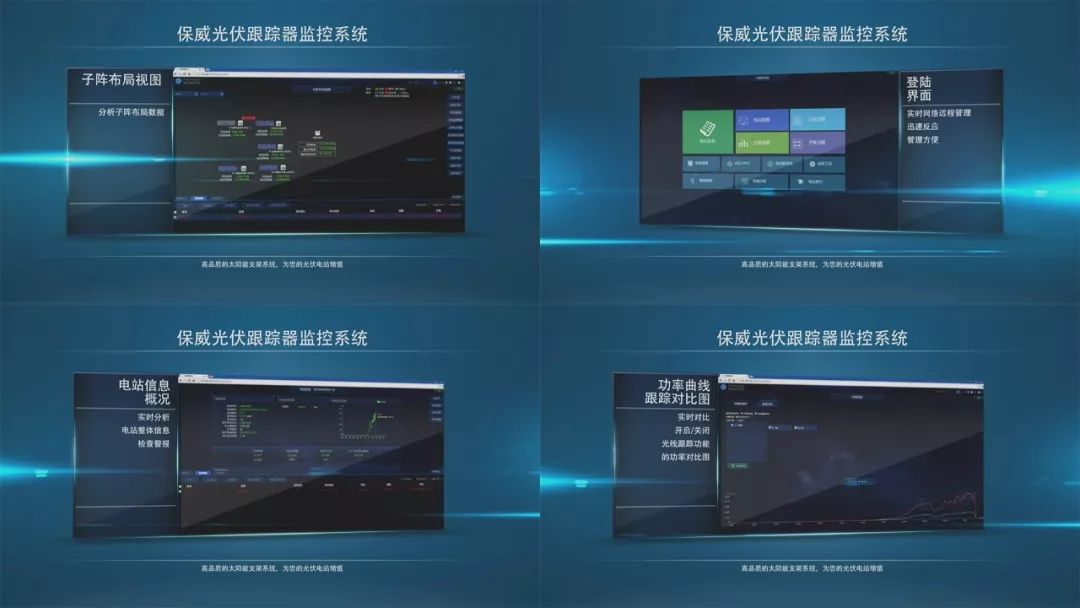 The maximum power of the front side is 295W which is tested by the world-recognized standard test conditions for ground photovoltaic modules, namely STC Test Conditions (The spectral is AM1.5, the irradiance is 1000W/m2 and the cell temperature is 25 ℃).

The electricity yield can be improved by 15% The highly efficient PERC mono-crystalline double-sided module can improve the average electricity yield by 10% - 35% based on the different installation environment. Based on tests, it can increase 15% of electricity yield under two conditions, tiles with good light reflection and no cover or blocking at the back of the module (such as shadow of people, flowerpots, sundries and other daily items).

3、The new solution improves the photovoltaic electricity yield by 20% - 43% as compared to the fixed rack power generation system with ordinary crystalline silicon module.

The independent single-axis & single-portrait-row tracking system combined with a double-sided PERC solar module is a system solution with high return. It can realize a high benefit of 20% - 43% of electricity yield increment with only 5% - 8% of investment, and provide investors with better return on investment. (The increment of each electricity yield figure depends on the project site.)

Next：PowerFit-Blade —— A New Solar Tracker for the Future