Recently, Powerway completed the product delivery and installation guidance for BAPV and BIPV PV projects of the Rifeng Group. The total capacity of the project is 7MW, of which 1.5MW is the BIPV project. 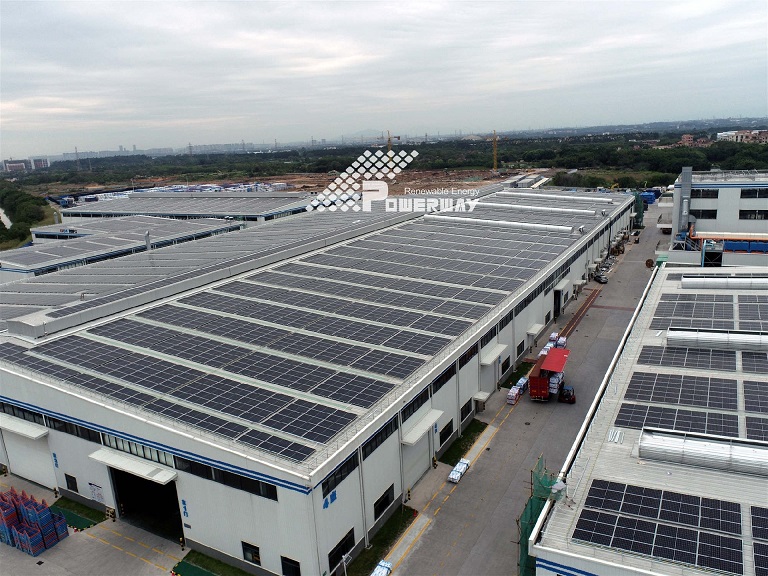 After the project is grid-connected, it is expected to have an average annual power generation of 12.6 million kilowatt-hours. It saves a lot of electricity costs for Rifeng each year, which is equivalent to 3383 tons of standard coal power generation, and reduces carbon dioxide to about 9,000 tons. 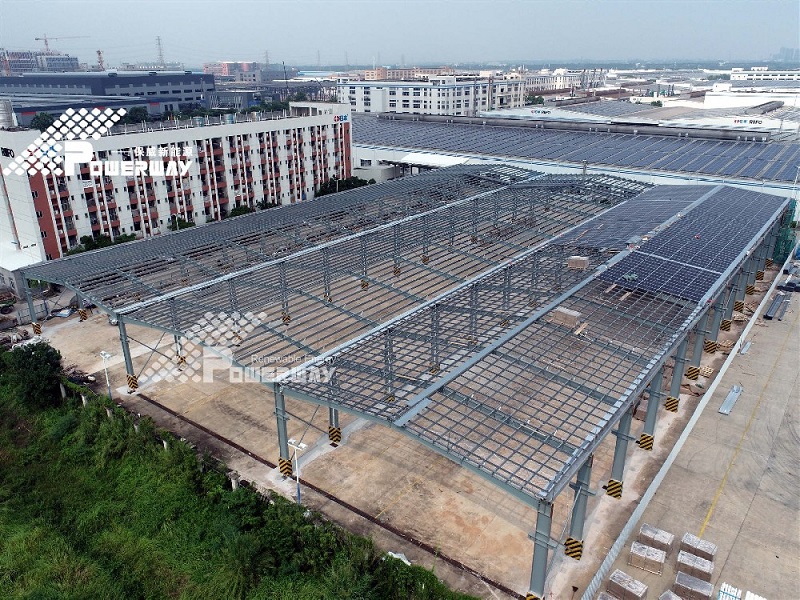 The project is located in the typhoon area in South China. therefore, wind-proofing and drainage have become the main demand for the project. Powerway's BIPV adopts the plating zinc magnesium-aluminum channel and EPDM sealing schemes. It can effectively respond to solve the problem of building vibration and thermal expansion of the roof. Powerway's technical team makes full use of the BIPV area to maximize the capacity to maximize the benefits for Rifeng.

In the future, to help the "carbon peak, carbon neutralization" goal, Powerway is committed to assisting enterprises to use the production plant and warehouse roofs to build PV power stations.